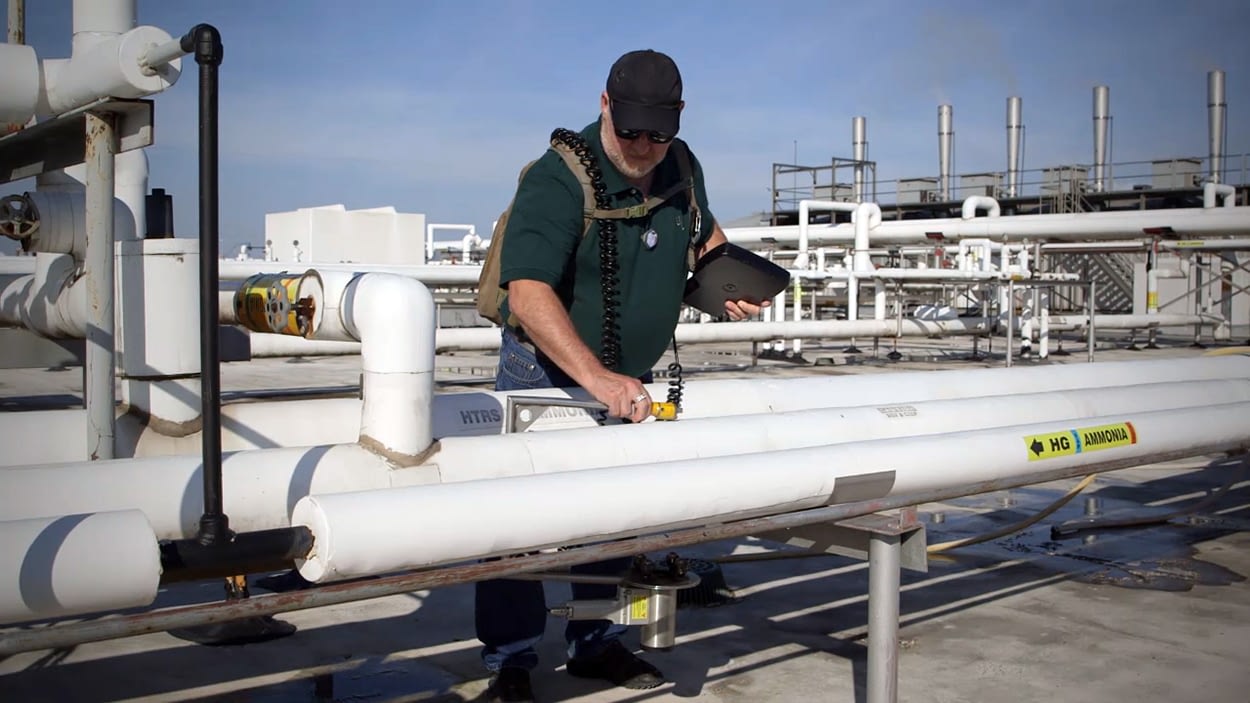 Henry is a Senior Procurement Director at a large company with responsibility for over 150 locations. His organization gave him the mandate to modernize their approach in maintaining the safety and performance of their facilities, and Henry requested a quote from us to inspect a few of his plants.

Through his procurement lens, he was having a tough time comparing the value of our services with the company they had been using previously. After all, that company would inspect a plant for 3-4 days using an IIAR Bulletin 109 checklist and then upload the results to Henry’s system. He had easy access to a broad spectrum of information, and they even recommended where he might want to do some additional ultrasonic testing.

Our quote came in quite a bit higher than theirs, so he gave me a call, ultimately trying to figure out the answer to this question: “Who is giving me what I need?”

Henry was familiar with the IIAR Bulletins 109 & 110 (109/110) as a conventional method to make sure facilities are operating safely and efficiently, but he didn’t have the technical background to determine if they were enough—or even if they were the right solution.

As we talked, I tried to explain the difference between the type of visual inspection done with a 109/110 and the non-destructive testing we do with the LIXI Profiler. While there can be some overlap, in many ways the two methods are accomplishing different goals.

“First, let me put aside some of the misconceptions that may be out there—not just for the procurement officers evaluating these services, but even for those with boots on the ground.”

I told Henry about a recent conversation I had with a 109/110 inspector.

“This inspector shared that he felt the purpose of the 109/110 was a to be a good, general visual screening that allowed him to identify target areas to perform NDT. But that is simply not the case. He was correct that the 109/110 is a good, general screening, but if you base your NDT testing areas solely on the visual inspection, you are sure to miss something. Actually, you are likely to miss quite a bit!”

I showed Henry how 109/110 checklists can be an excellent way to know your facility, and I encouraged him to keep using them. But I also informed him about the items visual inspection simply cannot detect when it comes to pipes.

“On almost every job we do, the data reveals evidence of water trapped in the insulation in about 30% of the piping locations we look at, but there is no external cue. So a visual inspection wouldn’t uncover it. And that’s where the 109/110 isn’t sufficient for understanding the integrity of your pipes.”

There are basically three common issues we find with our method of NDT that do not show up with a visual examination:

And I have never performed a single inspection where at least one of these wasn’t present.

In fact, one of our clients would do visual inspections before having us on site, flagging 25 or so locations for us to test. I thanked them for their help, but told them we would also test additional locations. There were hundreds of other places to examine to do a truly systematic check on the entire system—informed by visual, but not biased by it.

Consider this: if we only tested the places we guessed there might be trouble spots, how would we identify pipe that is the wrong schedule and not up to code or when moisture has compromised a system, but is contained within insulation and jacketing?

“Henry,” I continued, “Our client that flagged the 25 spots for us to check had the same concerns you do. They felt the cost was too high, and wasn’t sure it was worth having us test the 400 locations we knew were necessary. But once their engineer received our results and saw how many items we caught that never would have been found otherwise, he was convinced. And 15 years later, we are still providing the data for him to make truly informed decisions.”

Today, Henry is still deliberating, gathering information from his technical peers. But ultimately, the answer to his question—“Who is giving me what I need?” is dependent on what he wants to accomplish.

If he wants a general plant inspection to give OSHA an indication that they are making some effort toward safety, the 109/110 may suffice. At the very least, the 109/110 visual examination is a good start.

But if Henry wants (1) a systematic, quantitative evaluation of his pipe system that can confirm for OSHA what the exact condition of his pipe is, (2) to fulfill his goal of modernizing his company’s approach, and (3) significant overall savings in the form of much needed data for maintenance planning, budgeting, and elimination of surprise failures— there’s no substitute for systematic NDT using the LIXI Profiler.